An Ambient-to-Jazz excursion & younger/shorter kid brother to ‘b l a c k elements’. I had just ordered & was listening to ‘Black Ice‘ by the Wolfert Brederode Trio & not thinking about mixing when an email from Belgium arrived with a promo copy of some solo Jazz improv – and the wheels began turning once again . . .

Taylor Deupree and Marcus Fischer created their expansive debut In A Place Of Such Graceful Shapes (12k2021, 2011) over four days in a frigid, snow-covered New York only a few short months after they met. Since then they have toured together, photographed, and written

music together keeping the collaborative, creative energy up at every opportunity, wherever they find themselves.

During a visit to the west coast in the summer of 2015, and after a long day in the studio creating, searching and ready to retire for the night, the two sat in tired silence contemplating the next day’s approach. Playing quietly in the background was a humble, mono tape loop Fischer had made earlier, filling the sonic cracks in the dark room. After fifteen or twenty minutes went by, with the sound of this loop having transfixed them, the two looked at the each other and said “This is it.”

From there they formed a very focused conceptual process: Two artists, two mono tape loops and four acoustic instruments, nothing more. Creating one loop each of different lengths and recording the outputs of the reel-to-reel machines’ built-in speakers with microphones in the room, Deupree and Fischer started to craft their most restrained work yet, focusing on the raw beauty of such a limited system of creation. 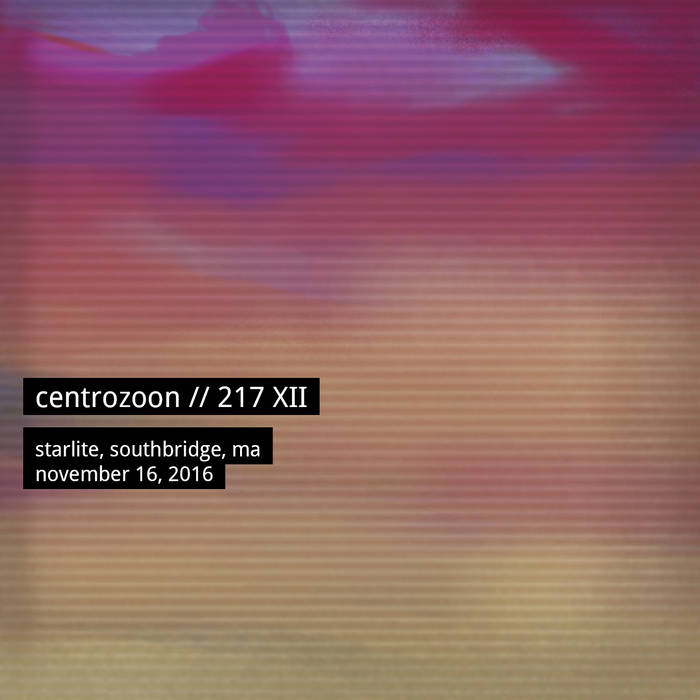 Glitch & Minimal Techno from across the pond – nice stuff!

This first new mix of 2017 comprises 4 (excerpted) tracks from Brian Eno’s Reflection & 3 from Steve Roach’s Painting in the Dark (acquired 1.1.17 & 12.31.16 respectively), and creates a textural atmosphere by breaking the 2 compositions into fragments & then reassembling them into a brand new construct (including treatments, overdubs, echo-boost, overlapping & a trick…or 2).

Roughed out this past New Year’s Day & tweaked once or twice since then, it includes cameo appearances by Robert Fripp, Markus Reuter & Robert Henke.

Embedded in the Eno tracks are excerpts from a December 2016 interview with Brian & Jarvis Cocker, in which the subject matter was the release of Reflection & the construction of Ambient music – you’ll have to listen to uncover them all : ).

Cover artwork morphed from ‘Painting in the Dark’

In this new atmospheric opus, pioneering composer and artist of the transcendent – Steve Roach explores the confluence of texture, tonality, sonic abstraction, continuity and space with a set of 6 interconnected paintings in motion. The spirituality of sound is central within these emotional landscapes with infinite horizons. In the way a visual artist mixes their colors and utilize the natural light-infused ambience of the studio to support the piece as it evolves, Roach initiated these mystical sonic states under the influence of the late hours at night.

Within the shroud of natural darkness and a few low level lights in the studio supporting the creative flow, these paintings in the dark were born. Steve often finds parallels in his creative process to that of a painter or sculptor and aspired in this direction before discovering electronic music as his main form of artist expression. Painting in the Dark presents an aesthetic that is unique to Roach’s work – embracing the mystery and wonder of sound as a constant evolving companion to the ongoing bloom of consciousness.

“All is quiet on New Year’s Day,” U2 once sang. That was in 1983, before they became clients of Brian Eno – and, arguably, the last time anyone had any peace on the first day of the year. New Year’s Eve raves routinely spill over into the next evening. The ceaseless chirrup of social media precludes silence.

Into this clamour lands Reflection, the latest ambient work by Eno, the Roxy Music maverick who named this new genre in 1978 with Music For Airports, and whose cultural reach now spans the avant garde, Coldplay albums and generative apps. If your idea of an album is 12 or so tunes, Eno routinely bucks that set of strictures, even if his last album, The Ship – released last April – cleaved closer than most to tradition.

The more you let it wash over you, the more it sucks you in to reveal internal structures.

Here, the one track unfurls very gradually over 54 minutes (and one second), its thrums and oscillations reverberating at a pace you might call glacial if the glaciers weren’t all melting in such a hurry. At seven minutes in, the tones gather momentum. At 21 minutes, there’s something like the twitter of an electronic bird. It gets going again at the 47-minute mark, when the bell-like nuances once again turn up a notch.

The overall effect is deeply, magnificently peaceful, meditative, even; ambient certainly monopolises certain sections of the thesaurus. Naysayers may liken ambient music to watching paint dry, but this is paint drying on a Mark Rothko canvas. The harder you tune in, the more there is to notice, the more you let it wash over you, the more it sucks you in to reveal internal structures.

Throughout his long career, Eno has tinkered with gear and software that allows for the autonomous generation of sounds. As well as the standard version, Reflection also comes in “premium generative” editions. Core elements and sets of parameters fed in by Eno can be randomly recombined ad infinitum by a set of algorithms – a considerably gussied-up version of a Buddha machine, if you like.

Reflection also – inevitably – throws up a set of reflections. The idea of authorship is a vexed question at the best of times, what with the death of the author, and the collaborative nature of vast amounts of art and cultural products. Pop routinely comes under fire for being written “by committee”. But if an algorithm composed this music, is Brian Eno the author of it?

Geeks have long thrilled to the idea of computer-generated music; in Japan, they already have a virtual pop star called Hatsune Miku. Music analysis software exists that can predict hits with increasing accuracy, and Google Labs have an ersatz neural network up and running that can make convincing music. Along with all the other careers currently being destroyed by automation, it looks like that most notionally human of all – music – is under threat. If you’re feeling paranoid as 2017 begins, the vast rippling peace of this album can suddenly take on a slightly sinister bent.