…& the whole rest of the album:

And reestablish themselves in skull-connectivity . . .
. . . as the need for respite again makes its requirements known. 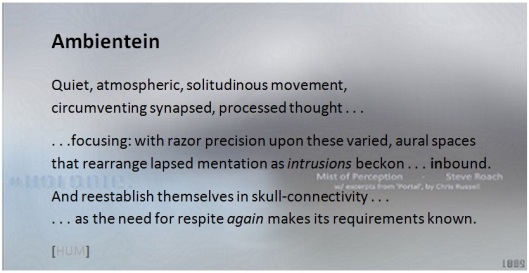 Found another something I liked . . . 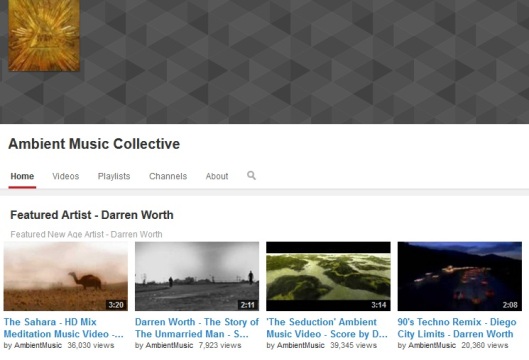 I’m having trouble keeping up with Steve Roach as we tear up the winding path that leads to his studio in the foothills south of Tucson.

Roach is best known for making music that is serene, meditative and soothing, music that bends and slows its listener’s sense of time. But in this moment he’s driving with rock ‘n’ roll force, hugging curves and barreling ahead. The road dips and rises, and as I struggle to keep his black pickup in sight I glance at the valley below. It’s a broad wash of brown and green.

Roach loves driving, he explains as we arrive at the Timeroom, where Roach has recorded most of his work for the past two decades. Growing up in San Diego in the ’70s, he took to the burgeoning sport of motocross—a passion he says isn’t incongruous with his music.

The Timeroom is a maze of synthesizers, all buzzing melodically as he shows me around. A guitar pokes out from among the 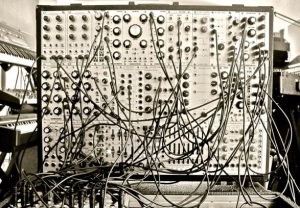 patchwork and a bundle of three didgeridoos—an instrument that largely defined Roach’s “tribal ambient” sound in the ’90s—leans against a bookshelf packed with CDs. Roach has set up a large U-shaped corral in the main room, and in adjoining quarters he has similar arrangements, with synths and computers connected via an elaborate network of cables. Despite the studio’s many machines, CD-Rs and gear, there’s a remarkably open feeling. Light streams in from open windows, and Roach motions to the vast desert below. “See that mountain range out there? That’s Mexico.”

Roach has lived in the Sonoran Desert since the early ’90s, but his music has always been inspired by desert landscapes. His early albums, 1982’s Now and 1983’s Traveler, coupled his memories of a youth spent in the deserts near San Diego, tuned into German “kosmiche” music: Klaus Schulze, Tangerine Dream, Amon Duul, Popul Vuh and other representatives of the Berlin School of electronic music. In 1984, Roach broke from beat-driven music with Structures from Silence, comprising three long-form songs inspired by trips from his former base in Los Angeles to the Joshua Tree National Park area, where he’d stay in the motel room at the Joshua Tree Inn where “cosmic Americana” songwriter Gram Parsons died in 1973.

Often cited alongside Brian Eno’s Music for Airports, Structures from Silence is a defining record not just for Roach as an artist but also as a key entry in the emerging genre of ambient music. Recorded in his Culver City, Calif., studio, also dubbed “the Timeroom,” its three songs—”Reflections in Suspension,” “Quiet Friend” and the title track—span an hour and are designed to be heard in one sitting. The record’s swelling tones, built largely with an Oberheim polyphonic synthesizer, are the sounds of Roach’s space-music roots stretched wide open.

On Tuesday, April 15, Projekt Records, Roach’s primary label since 1995, will celebrate the 30th anniversary of Structures from Silence with the release of a deluxe remastered version, packaging the album in its original cover sleeve, a set of spectral geometric figures by Richard Bailey. The album features high-definition transfers from the original two-track tapes, but listeners need not be fidelity-obsessive to find value in the new edition: It includes more than two hours of new recordings from the Arizona incarnation of the Timeroom, recorded in 2012 and ’13, with Roach exploring the sounds and motifs of Structures. Roach’s musical time travel succeeds remarkably; the new recordings don’t sound like an artist revisiting a landmark album as much as they sound like new variations on an original theme. The 30th-anniversary version of Structures from Silence speaks to the powerful way the album, like much of Roach’s discography, plays with the listener’s sense of time.

“I have all this life experience that I’ve gathered from there to here, (but) there are certain things that are absolutely unbroken—like I could be talking to you when I was doing Structures in ’84,” Roach says.

Structures from Silence was the result of nearly a year’s worth of recording in Roach’s Culver City flat, which served as “pretty much a 24/7 laboratory.” Roach would spend his days working odd jobs—including a stint alongside Simpsons creator Matt Groening at Licorice Pizza, a Southern California record and video shop—and then head back to the Timeroom, picking up where he left off. “I’d get off work and be right back into the studio, step right back into this space,” Roach says.

His recordings weren’t conceived as an album, but soon began to make sense that way. Roach gathered the three tracks and pressed a run of cassettes on his own. Word spread quickly. Stephen Hill of the long-running, nationally distributed Hearts of Space radio program took note of Roach, and was one of the artists he championed, along with musicians such as Constance Demby, Laraaji and Iasos.

“He really is the architect of bringing contemplative music to the masses,” Roach says of Hill. Soon, Tom Schnabel of influential

“There would be mornings when I’d wake up and feel like something was telling me to turn on KCRW at 9:05,” Roach says. “Well, boom! He would play the whole half-hour piece all over L.A. Man, that was a wicked atmosphere. He really tapped into that.”

The gentle tones of the album endeared it to the emerging New Age musical movement, which bloomed nationally, with artists from the Windham Hill roster, Yanni, and Enya, experiencing commercial breakthroughs. Roach signed to Fortuna Records for a series of albums dubbed Quiet Music. But even as his records began flying off the shelves at record shops and metaphysical bookstores, the New Age tag sat unevenly with Roach.

“I was already in a quandary doing what I was doing. My peers and my parents said, ‘What is this stuff you’re doing? What do you call it?’ I don’t know, but I just have to do it,” Roach says. “Eventually, people said, ‘You do New Age music.’ And then I had to deal with whatever that all means.

“Tower Records was really one of the main proponents of developing New Age as a style, because they had to have bins to put it in. It wasn’t going to fit in contemporary classical. It wasn’t going to fit into rock and pop,” Roach says. “Ultimately, it wasn’t like I felt like I was carrying around a big bag of rock around with ‘New Age’ painted on a burlap bag. I hear all kinds of artists say ‘I’m not a grunge artist, or I’m not a dubstep artist,’ just denying what categories people are going to put your music into.”

As the New Age genre grew, it began to attract fans and artists less interested in minimalism, cosmic music and avant-garde; it became lifestyle music—often dismissed by critics as “yuppie Muzak.”

“I don’t want to spend too much time trying to understand New Age as a genre of music, but any time something grows in popularity, there’s going to be a sort of manufactured quality that comes with it,” Roach says. “People in rock bands that never got signed found themselves saying, ‘I could bang this stuff out. I could play some twinkly Rhodes with reverb. Put a few minor notes in there, and my wife’s brother plays a mean flute,’ and they’ve got the whole thing cooked up. I’ve witnessed that. I don’t want to deny anybody’s own creative spirit, but some people can mass-produce furniture and other people will spend a year and a half building one chair.”

Despite ambivalence about the New Age tag, Roach says that there is a healing and meditative element to what he does.

“The healing nature of music, that’s completely valid and important,” Roach says. “Using music as a powerful tool for consciousness? I’m all about that. Many letters came in from families that were using Structures in the hospice programs for people moving on, and for children being born. You’ve got both ends of the spectrum, and between that you’ve got people using it to slow things down, (using it for) breathing, yoga. So much of what I do becomes a tool, but the core origin of it all is me wanting to create these resonant sonic spaces I can live in.”

Because of that, Roach’s work has taken him in a multitude of directions. With 1988’s “Dreamtime Return,” he incorporated the 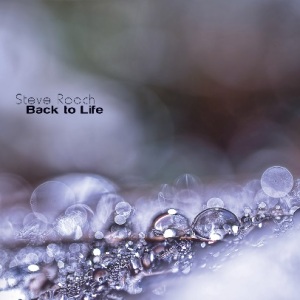 “It’s not about defining it as ‘New Age,’ or ‘dark ambient,'” Roach says. “It’s about the spaces. You don’t have to define it with a word. You just say, ‘I want to go into this zone today.'”

Roach says the process of revisiting Structures from Silence has had an influence on his next project, a record that explores some of the same themes as his landmark record, but recontexualizes them with three decades’ worth of new ideas and approaches.

As he explains his new material, he figures it’s better to show than tell. He invites me into one of the Timeroom’s corners and fades up the volume. For five or so minutes, Roach adjusts and tinkers, pulling patch cords and pondering. A pulsing, warm analog bass line bubbles beneath arpeggiated melodies. Roach is in his natural habitat, a block of sunlight streaming into the room from a carefully adjusted opening in the curtain. Roach has been playing with some of this gear since the days of Structures from Silence.

“You see stuff with knobs and sliders, because you can put your hands on it and feel it and shape it,” Roach says. “I use computers, and I’m not an anti-computer guy at all. I use computers for arranging, recording and processing. But for me, shaping and molding sound together (requires more tactile tools). If you’re a painter and you started a passion for painting in your late teens or 20s, you would be holding a brush. You might move into digital media but there’s always going to be a connection to how that brush feels in your hand. The kind of wood. Is the stick varnished? Or dry? Does it have 20 years of oil from your thumb on that brush? You use that for part of your technique, and I have instruments that have been with me that

long. There’s a unique feeling to them—even though they were made in a factory, they’re not all created equal. Things will break; you might lose one of the voices and it changes its character. That’s the beauty of the organic interface. That’s what was exciting to me about this music—you could live with it, and breath with it.”

And drive with it. Roach spends a lot of time on Interstate 19 driving between the Timeroom and his wife Linda Kohanov’s horse ranch. He tests out new material on that stretch of highway, lined on both sides by the flora of the desert and mountain ranges. I take note of the sights as I pull back onto the interstate, letting the spaghetti Western drone of Roach’s collaboration with guitarist Roger King, “Dust to Dust,” soundtrack my ride for a while, before switching the dial to KXCI. John Lee Hooker is playing. I listen for the silence between the beats.

An Ambient-to-Techno (with dashes of Electronica & Glitch!) audiological journey courtesy of [mostly] Stroboscopic Artefacts  . . . as well as Relaxed Machinery.  82:51 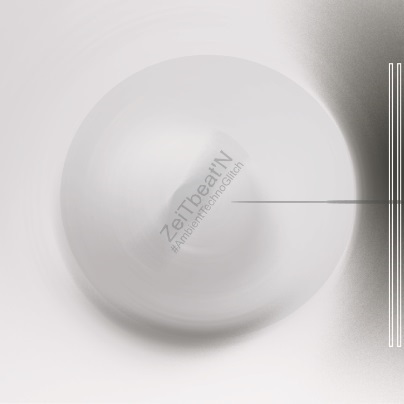