A tribute mix from several years ago, paying homage to Brian Eno’s ‘Another Day on Earth. My motivation in making tribute mixes is to separate the songs I like vs. dislike on a given album & re-order them into a listenable version of the album along with some like-minded tunage.

I rarely listen to albums in their entirety more than once, as I begin the categorization process which leads to the inevitable mix. This one picks up momentum as you approach the final track. 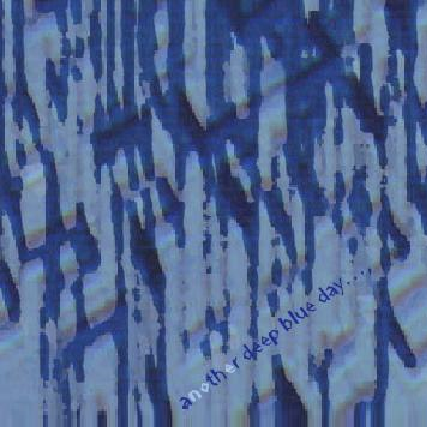 iNDEX05 is the fifth DiN compilation album and includes two tracks each from the titles DiN41 – 49. The artists on show this time are Ian Boddy, Node, ARC, Dave Bessell (one of the members of Node) and collaborations between Parallel Worlds & Dave Bessell, Ian Boddy & Markus Reuter, Erik Wøllo & Bernhard Wöstheinrich and Parallel Worlds & Self Oscillate. 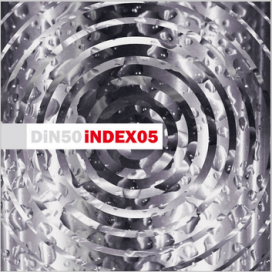 not only showcases the albums featured on the release but presents an exciting and varied title in it’s own right. It also highlights the varied and intriguing music that the DiN label offers on it’s releases from deep analogue synth grooves through vibrantly melodic instrumentals to powerful, epic ambient atmospheres. An intoxicating mix of the old and new beautifully presented in a slimline cardboard wallet with an extra flap which just adds to the value and collectibility of this release.

A trumpet laden, Jazz/Ether-Jazz edition that started with the Wadada Leo Smith/Vijay Iyer track & grew from there
(track 1 is a short, morphed, ambient rendition of the second track).
79:22 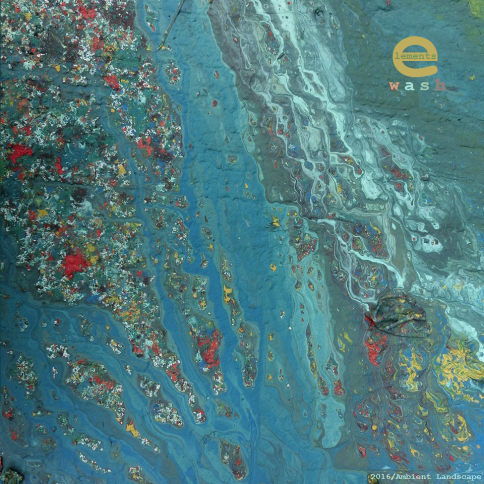 Black Ice is a nice image for Dutch pianist Wolfert Brederode’s new trio music, with its gleaming lyricism, transparency, and hint of danger, as well as sleek melodic invention both from the leader and from Icelandic bassist Gulli Gudmundsson. Brederode and Gudmundsson have collaborated often over the last two decades in contexts from free improvisation to theatre music and have a keenly honed intuitive understanding. Jasper van Hulten is a resourceful addition to the team, a tone-sensitive drummer adept at embellishing the sensitive musical language and sense of interplay. The album, recorded at Lugano’s Studio RSI in July 2015 and produced by Manfred Eicher, is issued as the Brederode Trio goes on tour in the Netherlands…

After the quartet adventures of Currents and Post Scriptum, Wolfert Brederode returns to a piano trio setting, and Black Ice makes an apt metaphor for his new music, with its gleaming lyricism, transparency, and hint of danger. “I find the combination of danger and beauty intriguing”, he says. There is sleek melodic invention both from the leader and from Icelandic bassist Gulli Gudmundsson, and Jasper van Hulten proves to be a resourceful addition to the team, a tone-sensitive drummer adept at embellishing the sensitive musical language and sense of interplay.

Brederode and Gudmundsson have collaborated often over the years in contexts from free improvisation to theatre music and have a keenly honed intuitive understanding. They met in the 1990s when both were studying at the Royal Conservatory in The Hague and, as Wolfert notes, “immediately had a strong musical connection.” Their creative compatibility first found expression in an earlier Brederode trio, which in turn evolved into a quintet co-led by Wolfert and drummer Eric Ineke. In 2006 Brederode joined Gudmundsson’s Binary Orchid trio, completed by trumpeter Arve Henriksen. And pianist and bassist have continued their association also inside the quartet of Dutch tenorist Yuri Honing.In parallel, Brederode has developed his own music, documented on his critically-acclaimed ECM albums with his quartet with Claudio Puntin, Mats Eilertsen and Samuel Rohrer, and he has continued to make important contributions to the music of singer Susanne Abbuehl.

Wolfert Brederode: “Though I’ve been busy playing in many formations, the experience and joy of playing in a classic jazz piano trio had never left my mind. An opportunity to try the trio formation again occurred when I was asked to assemble a group for a benefit concert in 2011.” Gudmondsson was an obvious choice, and Wolfert had appreciated the way in which Gulli played with drummer Jasper van Hulten in the rhythm section of trumpeter Eric Vloeimans’s band Gatecrash. “I really enjoyed Jasper’s subtle but sharp playing, which is also influenced by rock and pop, and his dedication to the music, whatever the context.” Their first trio concert “felt so natural and fluid. We all felt something real and beautiful took place. Then the idea to start a trio again seriously took shape. I started to write new material with this particular setting in mind and we met up and played many times, to experiment and concentrate on the direction the music should or could be taking.”

A few words about some of the tunes: “Glass Room” was inspired by English author Simon Mawer’s novel The Glass Room (which in turn was, in part, inspired by the cool rationality of the architecture of Mies van der Rohe). “Elegia”, says Brederode, “is a lament but is also intended to give solace. Its melody rises gradually, only to return to the piano’s deeper region near the end.” On “Fall”, heard in two variations, bass and piano move around a fractured rock rhythm until finally absorbed by the mood emanating from the drums. “Terminal” explores the eerie ambience – familiar to all travelling musicians – of airports late at night, while “Curtains” references a periodic need to withdraw from the world, and “Rewind” plays with the idea of turning back time…

“Mood and atmosphere are leading in this trio, the stories we tell are not always finished or concluded. As a listener I like to be given the space to let the music continue in my mind…” The aim, he says, was “to approach the songs in an unprejudiced and open way” and the process of working on the tunes in rehearsal and in the studio was one of shedding layers, peeling the music back to its essential core.

The album was produced by Manfred Eicher at Lugano’s Studio RSI in July 2015 and
is issued as the Wolfert Brederode Trio goes on tour in the Netherlands. Dates include Bimhuis, Amsterdam (March 13), Lantaren Venster, Rotterdam (March 19), Dakota Theater, The Hague (April 10), Stadsgehoorzaal, Leiden (April 14) and Vredenburg, Utrecht (May 29).