It began as 2 separate projects, made for personal listening via phone + ear-buds, neither of which would have achieved mix status – but they were similar enough that, to save space on my phone’s hard-drive, the 2 halves were combined.

Then a request for review from John Reedy (the lead off track) compelled me to add one of his compositions to the front of that combined project. I then added the Dreissk piece (thanks to Mike @ n5MD) to the end (post Torn) &, after a Tweet from Dave over @ low light mixes, decided to insert the High Plains composition at the mid-section and…I realized that I could almost see the * —  uhm…mix!

The cover art was morphed from the Dirk Serries release, the mix title a reference to same plus David Torn‘s excellent album – have a peek into the windows & see if you’re reminded of something…long ago!
;- )
70:40 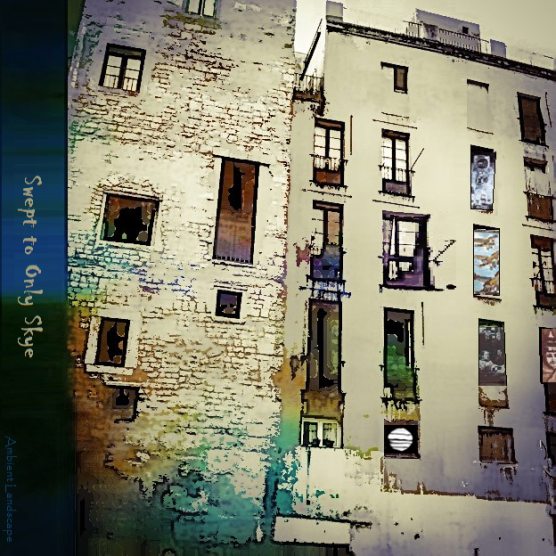